Negative ions have been the topic of conversation for hundreds of years. When the COVID-19 pandemic struck, researchers and technology specialists have been working together to create devices to combat the virus. 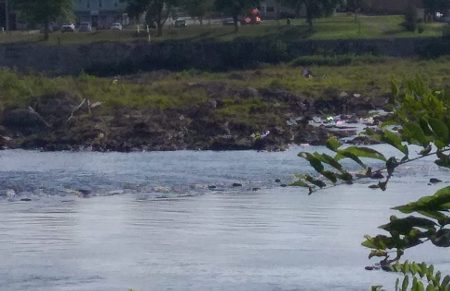 Negative ions are tiny molecules that float in the air or atmosphere. These molecules have been charged with electricity. The ions occur in tons of places in nature. The ultraviolet rays from the sun contain negative ions. They are also created after lightning strikes or thunderclap. Another place one can find an abundance of negative ions is near a waterfall or out in the woods.

Not only that but they have been shown to have health benefits in fighting viruses like the common cold, flu, and COVID-19.

Another benefit of increasing these ions is that it is believed to increase one’s metabolism. When a person’s metabolism is increased they burn more carbs and fat.

Negative ions have been shown to kill or inhibit harmful bacteria and mold species. Some studies show that increasing these ions can increase the oxygenation of the blood. It is also said to help the digestive system.

For negative ions to have an impact on one’s health - prolonged exposure of the ions is needed. What that means is a person would have to buy something to help increase negative ions into their systems. There are many ways one can do that.

Devices like the Needlepoint Bipolar Ionization Systems (NPBIS’s) have help people in this process. HVAC Elements have worked hard in creating an NPBI system to effectively help their customers — like hospitals and healthcare systems — have healthier air to breathe.

That is only one device used to help create more negative ions in the air. Another way is for a person to buy a negative ion generator or air ioniser. The downside to this device needs a fan or something to help spread the ions throughout all of the air.

A person could buy a negative ion air purifying systems. These devices are added to central air systems. A company called Real Water has developed a technology that allows a person to add negative ions to their drinking water.

Other Ways to Catch Some Negative Ions

Of course one can always head to their favorite beach to soak up some natural ions. Or read a book underneath one’s favorite tree and let the worries just melt away.

This has been the topic of great debate for years. The one thing that is for sure is there seem to be no real side effects to increasing one’s negative ions. In fact, it has been proven that negative ions can and do purify the air naturally.

With the possibility of a twindemic — the flu and COVID-19 — people all over have been looking for ways to keep them healthy. So it is safe for one to assume increasing these ions could in fact be beneficial to one’s health.

Health: Experts Warn of a Possible 'Twindemic'—Here's What That Means; Korin Miller

This entry was posted in Health, News and Updates and tagged COVID-19, flu. Bookmark the permalink.